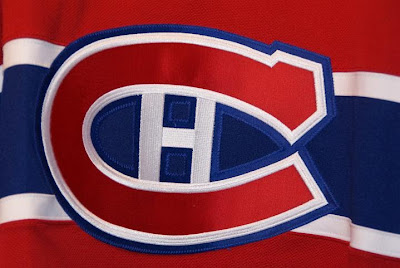 As a guest on Blueshirt Banter Radio last week, I was asked what team I thought had the best off-season to date. I could not narrow it down to one team. (In fact I don't think I answered at all.)
However, immediately I could name the team that has had the worst off-season. In one of Hockey Plumber's June "NHL Monopoly" segments, I mentioned that Les Canadiens would have to overpay free agents to play in the pressurized, tax-heavy Quebec province, but which players they chose to do so would be vital to the franchises future.
Therefore, if we are to point out a problem, we better have a solution, no? Below is a breakdown, player for player, who was added, and who should have been:
Added: (via trade) A NHL veteran of 9 seasons, Scott Gomez, 29, has never scored 20 goals in one any season, aside from the one year aberration of '05-'06 when he had 33. Incidentally, it was also the only season which he cracked the point-per-game barrier. In addition to taking on Gomez' $7,357,143 salary for the next 5 years, the Habs included forward, Chris Higgins in the deal, who has broken the 20-goal mark every season in the NHL until last year when he played in only 57 games. Who should have been added instead: Marian Hossa, 30, $5,166,666. Hossa was the premier offensive force available on July 1. He is also an elite defensive forward. Even if Montreal would not have been willing to be as financially "creative" with Hossa's 12-year deal as Chicago was, he still would have been less expensive than Gomez; is practically the same age; has been vastly more productive throughout his career and would not have costs Montreal Higgins and prospects.
Added: Mike Cammalleri, 27, has played 4 full seasons in the NHL. He has score more than 30 goals twice and was a point-per-game producer those same two seasons. He will make $6 million per season for the next 5 years. Cammalleri is their least offensive signing, but Montreal paid too much for another smallish forward that was not much of a factor in his only career playoff appearance with Calgary last season. Who should have been added instead: Martin Havlat, 27, $5,000,000. Havlat proved last season that he could stay healthy. He would have given the team a much greater size advantage (6'2", 217 to Cammalleri's 5'9", 185). Havlat is a proven playoff performer and would have saved the Habs $1 million per season.
Added: Brian Gionta, 30, is a consistent 20-goal scorer. He, while playing on a line with Gomez had the one magic season when he scored 48 goals and also was the only year where he score more than (or has even come close to) 80 points. Gionta will make $5 million per for the next 5 seasons... waaay to much for a pint size winger (5'7", 175) now three seasons removed from his one impressive season. Who should have been added instead: Mike Knuble, 37, $2,800,000. Knuble offered consistent production with more goal scoring ability, is an imposing 6'2", 235; defensively responsible and nearly half the cost of Gionta.
Added: The Canadiens also invested more than $3.8 million per for 35 -year old, Jaroslav Spacek, a solid offensive minded blueliner. Spacek is solid... but that is it. The Canadiens again paid too much and received an aging player who aside from one good run in Edmonton, has completely disappeared in the postseason. Who should have been added instead: Jay Bouwmeester, 25, $6,680,000. This is a no-brainer. Bouwmeester was the elite blueliner available and is ten years younger than Spacek. If Montreal was going to make a trade, it should have been for the rights to JayBo.
Added: $2.25 million for 34-year old defenseman Hal Gill. Gill is another solid defender. He is huge at 6'7", 250, but is now 34 and has always limited in mobility. Who should have been added instead: Rob Scuderi, 30, 3,400,000. The Canadiens simply chose to sign the wrong blueliner from Pittsburgh. Scuderi is a selfless, tireless defender who seems to get better each year. His game 6 "save" in this past years' Final was proof of his unyielding style.
All five of Montreal's additions are good players. None of the five can be expected to be elite producers, yet all of them can, for certain, be expected to cost a total of $24,407,143 against the cap for the next 5 seasons.
Conversely, the alternative, bigger, better, younger and more productive lineup including Hossa, Havlat, Knuble, Bouwmeester and Scuderi would represent a total of $23,046,666 against the cap. I do realize that had all of the aforementioned been signed, Montreal would probably had to pay them more... but even so, I would be much more impressed with the latter investment.
Posted by The Plumber at 10:18 PM