Will Heatley finally get shipped? 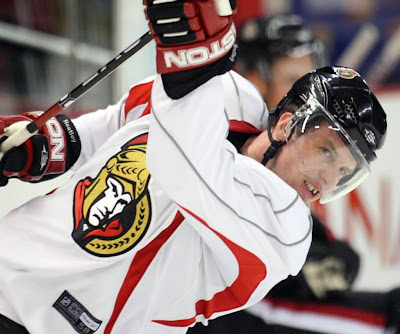 Agent Kujan once said: "A rumor is not a rumor that doesn't die."

Bruce Garrioch writes in the Ottawa Sun that it "isn't dead yet." Sun Media sources claim that the Senators have had talks with San Jose regarding Heatley. The Sharks reportedly would like to move forward Jonathan Cheechoo, and has been offered as part of a package, along with defenseman Christian Erhoff and a first-round selection.
Yet the Senators are not interested in Cheechoo, so there would require a third team in the deal to complete the trade. "A source said that a third team could be the Habs, but wasn’t sure what San Jose could acquire from Montreal to satisfy the Senators’ needs to deal Heatley.
It should be noted the Habs, Sharks and Senators are all up against the $56.8-million US salary cap." Well, yeah... Which would lead me to ask:
Just why would the Sharks want to acquire Heatley?
The Sharks are strapped by the cap as it is. They have less than $600k available and are in need of adding a few more players just to fill out a full roster. Even if they unload Cheechoo and Erhoff as reported, they are still taking on an additional $1.4 million with Heatley's cap hit.
Even if the cap wasn't such an issue, do the Sharks really need another forward with a questionable commitment to backchecking? Do they really want to take on a guy that has demanded a trade now from 2 franchises? ... and be on the hook for $7.5 million for the next 5 years ... and worry about his production declining as it has the past two seasons ... and have to cut more payroll and other productive players?
But, that's just me thinking aloud. Have at it San Jose! 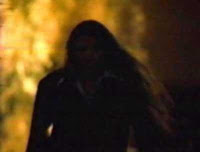 Nothing would kill all of the Heatley hype faster than a deal actually getting done. Nothing perhaps aside from Keyser Söze.
Posted by The Plumber at 11:10 AM