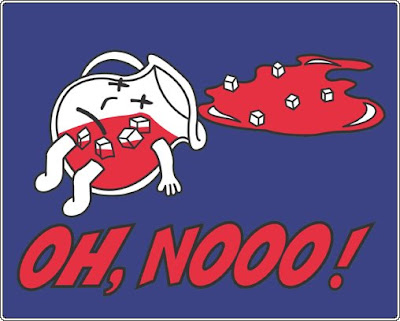 The Phoenix Coyotes will be put up for auction on September 10th and then we will have a new ownership group to settle this mess, right? OH, NO!
Let's take a look at the score card.

The current ownership cannot get anything right. U.S. Bankruptcy Court Judge Redfield T. Baum must conduct a contempt hearing for current Coyotes "owner" Jerry Moyes, his wife, and their attorneys for “willfully violating” a confidentiality order.

Why? "Attorneys for Moyes posted confidential documents to the public docket last week. The documents were later removed, but Glendale sought the contempt order on Monday, saying the city was “absolutely outraged” by the release of the information." -AP

Why is this a big deal to the city of Glendale where the Coyotes play? The documents showed that the bid submitted by Jerry Reinsdorf had included a negotiated special taxing district to be created near the arena that would pay the new owners as much as $23 million next year. Additionally, if after five years, the team was still losing money, Glendale would have to pay $15 million for each year of losses or allow the team to be sold and moved without penalty. The Arizona Cardinals, for one, are opposed to this special taxing district, citing it "as an unfair and improper transfer of funds from the Cardinals' fans to Mr. Reinsdorf's group" ... clearly the release of these documents is an unending headache.

The NHL has approved one of the three bids by new ownership groups. Reinsdorf's bid was the only one to gain approval by the NHL's Board of Governors. The Board, most certainly, finds this bid most appealing because Reinsdorf has a proven, successful track record as owner of Chicago's Bulls and White Sox, and was the only bid to focus keeping the franchise solely in Arizona. Thanks to Moyes' attorneys, we are all "magically" privy to how Reinsdorf is attempting to make it happen in Glendale.

Creditors favor a bid that the NHL unanimously rejected. Team owner Jerry Moyes opposes the Reinsdorf deal, which would give him little or no money. (duh) He supports a proposal by Canadian billionaire Jim Balsillie to buy the team for $212.5 million and move it to Hamilton, Ontario. That deal would give Moyes about $100 million. The NHL has unanimously rejected Balsillie as an owner. Creditors like Balsillies group, as the most lucrative bid means more debt settled!

The AP reports that Judge Baum "ruled Wednesday that all bids for the financially ailing Coyotes, those to keep the team in Arizona or to move it elsewhere, would be accepted for the Sept. 10 auction. He specifically said the US$212.5-million offer from Balsillie, the Canadian billionaire who twice before tried to move an American team to Canada, would be considered."

Basillie's "Make it 7" group (if you have not been following along, moving the team to Hamilton would make 7 teams in Canada) is already celebrating:

However (this is the part where I give my "all-important" opinion), regardless of the outcome of the auction, this court does not have the authority to force the NHL's Board of Governors to accept the "winning" bidder as owners.

The third bidding group has a hybrid scheme to keep the team in Glendale, but they propose to play some "home games" in Canada... and their bid amount is low, so we give them no chance in this.

If Reinsdorf is awarded the franchise, Glendale is forced to take it on the chin and faces community backlash to the nth degree. If Balsillie wins, the court must invalidate the team's arena lease. Glendale, therefore, takes it on the chin again and Balsillie must gain NHL BoG approval.

The League may or may not be opposed to Balsillie as an owner himself, despite his checkered and somewhat shady past with prior ventures. Yet, I believe the bigger hurdle is the location, or in this case, relocation itself.

If by some miracle, Balsillie wins at auction, gets the judge to release them from the arena lease obligations and gains approval from the league... there is still a little matter of pacifying, not 1, but 2 existing franchises in Buffalo and Toronto who would suffer market infringement from a Hamilton team. A whole new battle begins.

To appease both markets, most likely a relocation fee would be paid to both franchises, which would then be expected to be distributed, proportionately, with the other 27 league franchises. A fee large enough to satisfy all interested parties probably would be too costly, when added to the purchase price, for Hamilton to be profitable for quite some time and the league has another Phoenix on its hands.

If hockey fans in Hamilton are "thirsting for this team," as Bill Walker claims, they better enjoy "drinkin' the Kool-Aid" now because its not gonna happen. There are no winners here. Oh nooo, indeed!