Jagrgate and Other Free Agency Updates 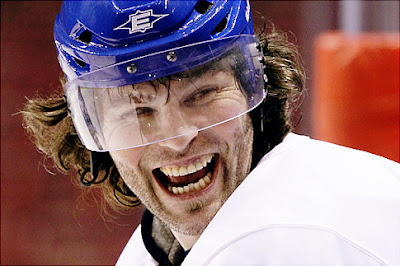 Jaromir Jagr's North American based agent Petr Svoboda, declared that Jagr was headed to the States on Wednesday afternoon, and that we could expect a decision soon thereafter.

Following a turtle induced delay into New York, Svoboda at one point stated that he had lost contact with Jagr on Wednesday.

After contacting Pittsburgh, Detroit, Montreal and supposedly other mystery organizations, Svoboda mentioned that a decision could be forthcoming on Thursday... to no avail.

Whispers of dollar figures, and offers being pulled from the table began circulating.

Pittsburgh GM Ray Shero, however does not seem the least bit perturbed by the delays.


Shero said the Penguins' offer to Jagr remains "on the table," and that not hearing from Jagr tonight would not alter his hope of signing Jagr when the NHL free-agent period opens tomorrow.

"He's not holding us hostage or anything," Shero said, adding that he believes the Penguins can sign Jagr and keep right wing Tyler Kennedy given their salary-cap space.

Shero said he never set a deadline of Wednesday for Jagr to accept an offer presented Tuesday after Shero spoke with Svoboda and Jagr.

"Petr thought the decision would be made by Wednesday; I never put a deadline on it," Shero said. "I said that certainly us, and probably a lot of other teams, would want to know by the start of free agency — that I'd like to have an idea of what's going on." 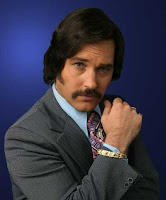 While Hockey Plumber News reporter Brian Fantana grows ever more incensed by the Jagr camp shenanigans, he does have other free agency updates.

The Carolina Hurricanes have re-signed forward Jussi Jokinen to a three year contract worth $3 million per season.

After trading for negotiating rights, the Chicago Blackhawks agreed to a four-year contract with defenseman Steve Montador. Terms were undisclosed, but reports say the deal is worth $11 million.

What's the point of  Hockey Christmas if the gifts are already opened?
Posted by The Plumber at 11:57 PM