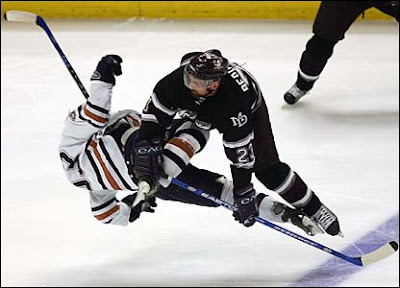 According to the Anaheim Ducks official Twitter page, the Ducks have made a deal with Toronto.

Toronto has been looking to move Beauchemin, it seems, since they signed him.  Lupul, who constantly must battle injury demons, will add a scoring threat that can support Phil Kessel, but he will need to stay healthy.

It's no surprise that Leafs GM Brian Burke would go back to the Anaheim well for more drink, but didn't he believe he was getting a good fit in Beauchemin when he signed him to a free agent contract in 2009? 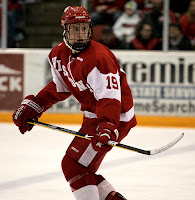 The key to this deal will be the development of the lesser known name, Jake Gardiner.  He was Anaheim's first round pick in 2008, 17th overall. Gardiner was widely considered one of the Ducks' top prospects.


Since being drafted by the Ducks, Gardiner has added about twenty pounds to his frame, without sacrificing any of the speed and agility that made him such an attractive draft selection. He is a very solid puck moving defensemen at the University of Wisconsin, who uses his quick feet and on-ice vision to make plays in all zones.


This could be a deal that Leafs fans fondly look back on in the near future.
Posted by The Plumber at 1:06 PM