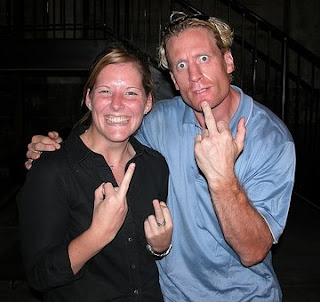 See below for Jeremy Roenick's much more sensitive side.

As the 2010-2011 NHL season gets underway tonight, let's check out some of the more recent NHL-related videos from television and around the web:

Alex Ovechkin's Car Commercial
Ovechkin is not actually in this, but it's a pretty damn funny cartoon of him shooting pucks and driving around.  Two points of interest: (1)  The animators were very generous in the 'looks' department when creating A.O.'s cartoon persona, and (2) 'The Russian Machine' is not his nickname.

And for the record, this is what a 'Russian Machine' actually looks like: 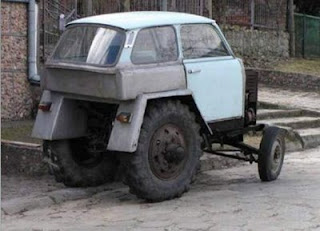 Looks like the NHL is finally gathering fans in those 'untapped' southerkn markets.  It's pretty good watching them trying to pronounce the player names; you can tell they really struggled to memorize them.

Carey Price Tries to be a Damn Cowboy

You know Carey, we here at FWR have pretty much always been on your side through all of the criticisms and poor stretches of play.  But you're really making it hard for us to like you at this point.  Instead of getting into the best physical and mental condition of your life at this defining, pressure-filled moment of your career, you go compete in rodeos?

And you describe your event as "relatively safe?"  Like, as in relative to bull riding?  You may have to start your proposed future career in rodeo sooner than you think if you don't get your head between the pipes.


And take off that silly-ass Denver Broncos hat.

Jeremy Roenick has a serious breakdown in direct response to Chicago defeating Philadelphia in the Stanley Cup Finals.  As a youngster on the Blackhawks, Roenick made it to the Cup Finals but has never won the Holy Grail of hockey.  So it makes him pretty sad to see Kane, Toews and Co. finally win it.

The other guys try to console him, which is pretty great in itself.  J.R. responds with "I'm proud...I'm proud" in reference to what he has accomplished in his NHL career.

Posted by Dmitriy Richter at 11:36 PM