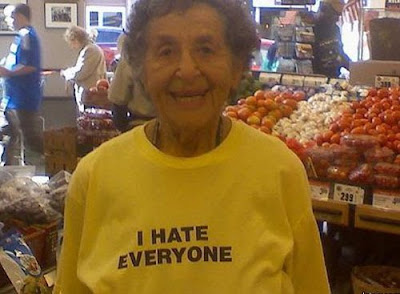 
Ty Domi - The Albanian Assassin. Domi was a flat out nasty cuss.  Cheap, ugly, evil... he always seemed to be on the prowl.  You could make a list of his transgressions on a per game basis. Most memorable scum bag move: It's debatable. Any time a Philly fan gets his head beat in, you could say he deserved it, but Domi used his on ice guile to ensnare a simpleton, so we will call it a mismatch... he pummeled a fan while in the penalty box.

Bryan Marchment - The guys was pure evil. Marchment served  13 suspensions in a career of 12 seasons, nearly perfecting the knee on knee collision. Most memorable scum bag move: You name it. He injured the likes of Mike Modano, Paul Kariya, Pavel Bure and even Mike Gartner!


Marty McSorley - For a long time he was Wayne Gretzky's personal bodyguard on the ice.  Wherever #99 was, so was McSorley.  During that time he was know to do whatever it took to keep guys off of Wayne.  However, towards the latter stages of his playing days McSorely became a poster boy for cheap shots and controversy. Most memorable scum bag move: McSorley thought Donald Brashear resembled a long Northwestern pine and decided it was time to chop him down.


Chris Pronger - "Captain Elbows". The guy doesn’t have eight career suspensions for being an honest checker. Pronger is especially detestable when he cracks a joke after a low-life move and all of his jock-carrying media pals swoon afterward because he's a good quote. Most memorable scum bag move: His Simon-esque stomp of Ryan Kesler.


Jarko Ruutu - Ruutu is a premier agitator, and to his credit he will stand there and take his punishment.  However, Jarko is all too willing to take it to the next level.  Which for others, isn't good.  Most memorable scum bag move: Rutuu in a scrum with Andrew Peters decided it would be a good idea to bite his hand.

There will always be those guys who are disliked for off the ice reasons, or for simply committing the crime of being good and not on the other 29 teams. But, honestly they don't count as most of that hatred is based on misconception and flat out fan fiction.

However, we have a special place reserved for:

Eric Lindros -  Where do we begin?  He started his career off by being daddy's little puppet allowing his parents to make an ass out of him by orchestrating not only which junior team he played for, but also his NHL draft team.  Lindros would refuse to play for the Quebec Nordiques who drafted first overall in 1991.  The Lindros family forced a trade to Philly.  It ended up being the best thing that could have happened to Quebec. However, the sentiment began there that Eric Lindros was a very talented player with an incredibly un-hockeylike measure of self importance.  As advertised, Lindros could score, but he also fancied himself a hard-ass.  He played with an edge, but found out that it came back to him many times... often much worse than what he dished out.  Lindros' demeanor was so distasteful to fans many cheered when he got "knocked-the-eff-out!"

Lindros never learned to keep his head up no matter how many times he had his bell rung.  After the Stevens hit above essentially ended his playing days, Lindros was not through being an a-hole.  Twice now he has been involved with the NHLPA's corrupt coups of legit leaders, continuing their history of disorganization and cannibalization.

Keep it up Eric!  Here is to seeing Stevens lay you out one more time on the Avenue of the Americas!

In case we were too subtle, Lindros wins our most hated player of all time award.

Give us your feedback.  Who do you hate, and why?  We already had one vote for Ray Emery.  Thanks for weighing in Kerry!
Posted by The Plumber at 5:40 PM