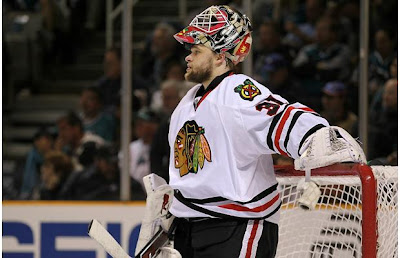 The Chicago Blackhawks may be primed to have the shortest Cup ring ceremony in history.  "Here ya go aaaaand... he ya go.  Done" 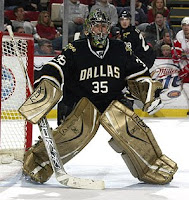 After already shipping out Dustin Byfuglien, Ben Eager, Andrew Ladd, Brent Sopel, Kris Versteeg and Adam Burish from last year's Cup team, TSN reports that the Hawks are on the verge of signing goaltender Marty Turco, which would obviously mean that they are going to walk away from Antti Niemi's arbitration award.

Let's not forget they also have a handful of UFAs remaining that they have zero chance of bringing back, and still more salary to shed.

The Blackhawks will be attempting to defend their championship season with half of their Cup roster and half of their AHL affiliate in Rockford.  Don't plan that parade route again for next year just yet.
Posted by The Plumber at 11:20 AM