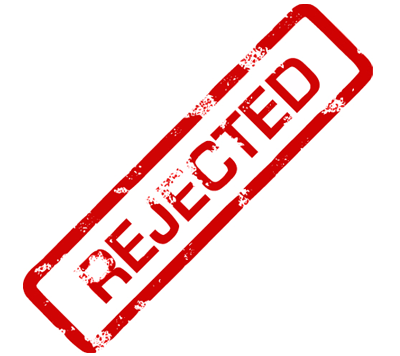 Kovalchuk takes the pen, and heaves a big slapper... of ink... to the paper... Heeeeee's DENIED by the League. No contract!

As we stated the other day, we didn't want to believe the "rumored" 17-year deal for Kovy.  Well, as it turns out, the NHL doesn't believe it either! Per TSN: 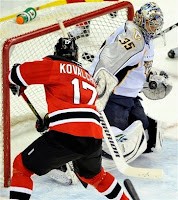 The NHL has rejected Ilya Kovalchuk's 17-year, $102 million contract with the New Jersey Devils on the grounds that it circumvents the NHL's salary cap.

Kovalchuk was slated to earn $95 million over the first 10 years of the deal and then just $7 million over the last seven seasons. That would translate to an annual cap hit of $6 million per year.

TSN Insider Darren Dreger explains that the deal was rejected due to the fact that the NHL does not believe that either Kovalchuk nor the Devils expected the 2004 Rocket Richard trophy winner would be playing near end of the contract and that it is a case of artificially lowering the annual average value of the contract.  The Devils must now either file the contract once again or the Players' Association can file a grievance.

The League has investigated recent long-term deals like the ones signed by Duncan Keith, Marian Hossa and Henrik Zetterberg, but this is the first one of its kind to be flat out denied by the NHL.