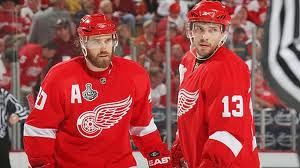 Remember the "Good ol' Days" of the NHL? When Western Canadiens and a handful of Americans played the game "the it ought to", while those silly Francophones spun in circles, playing their own brand of figure skating with sticks? 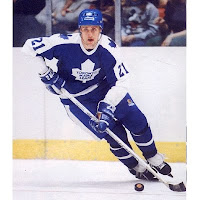 Then came the European invasion.  The "Frenchies" suddenly became "North Americans", while the Czechs and Russians introduced their trademark "Commie" ballet-on-ice to NHL rinks everywhere.  The Swedes and Fins filtered in here and there, but no one really noticed them much.

It's 2010.  We don't use such offensive terms to describe any North American nor European players. Do we Don Cherry/Mike Milbury?

If you take a look around NHL team message boards, or listen to hockey analysts and media members discuss the game; you won't find (for the most part) derogatory language used regarding a players heritage.  You won't come across many instances where sweeping generalities are used when referring to players of a certain nationality.

Yet, if you look, and listen closely, there is a dividing line. We began to consider European players. Particularly when it comes to general assessments regarding those players' weaknesses.

Immediately we began to discuss names of players  that had labels attached to them:  "don't backcheck", "don't do systems", "selfish", "hotdogs","soft", etc...

And there it was.  The line.  All the names that came to mind with such "labels" were Russians, Czechs, Slovaks... Eastern Europeans!  What about other "Euros"?  Scandinavians?  Are there labels there?  Not many names came to mind.  Not any, actually!

While most Scandinavian players learn English as part of their schooling, Eastern European players, largely do not enjoy the same advantage. 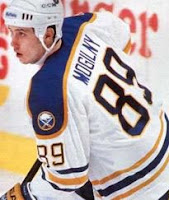 That line = The language barrier.  While it is generally overlooked by most observers, in today's NHL, is not on-ice communication more vital now than ever?  While interpreters and more experienced teammates aide in translation and game study, how much in-game communications are lost?  How much more difficult is it to truly grasp complex coaching systems, or understand what a teammate is yelling in a buzzing arena?

More importantly, how do those factors affect the way those players are perceived by coaches, fans, media and scouts?

We wanted to put our theory to the test by comparing the "Cons" of Scandinavian versus Eastern European players from a single scouting source.  We found one.  So as to spare them any incendiary implication, they shall not be named here.  However, we will share some excerpts of their scouting reports:

Anders Eriksson - Sweden - "Flaws: Doesn't use his big body effectively enough. Can at times make costly errors in the defensive zone that hurt his team."

Teemu Selanne - Finland - "Flaws: Struggles when playing in a defensive system. Needs a solid playmaker on his line to excel."


Henrik Zetterberg - Sweden - "Flaws: Is prone to the occasional scoring slump. Since he's only 5-11, 195 pounds, his body can wear down over the course of the long season."

Ilya Kovalchuk - Russia - "Flaws: Doesn't use his linemates effectively enough. Is not very good in the defensive zone."

Alexander Frolov - Russia - "Flaws: Is inconsistent in all areas of the game and needs to do a better job of bringing his 'A' game to the rink more often."

Alexander Semin - Russia - "Flaws: Can be intimidated and knocked off the puck. Could use more muscle on his 6-2 frame to continue to thrive at the NHL level. Needs to better utilize his linemates and work on his defense."

Pavel Datsyuk - Russia - "Flaws: Could use more bulk on his 5-11 frame to better handle physical defenders. Is a little inconsistent in the goal-scoring department. Doesn't always play with enough emotion.

Michal Rozsival - Czech Republic - "Flaws: Doesn't always play with optimum intensity. Should make better use of his 6-2, 205-pound frame, since he is at times a little too soft."

Invariably, no matter the team or star caliber of the player, the "knock" on the Eastern European was worded much more harshly.

The Fin's "small stature limits his effectiveness against bigger centers.", while the Czech is "soft".


We could go on and on... In fact, the term "inconsistent" was used almost as a filler when attributed to Eastern European players, but could only be found once to describe Swede Mattias Ohlund as an "inconsistent offensive performer."

While we are not willing make a sweeping indictment of our own; it is quite interesting that strange correlation between the English language and one's perceived abilities in the game of hockey, no?
Posted by The Plumber at 4:55 AM