Free Agency, Day One. The Early Birds Get Defensive 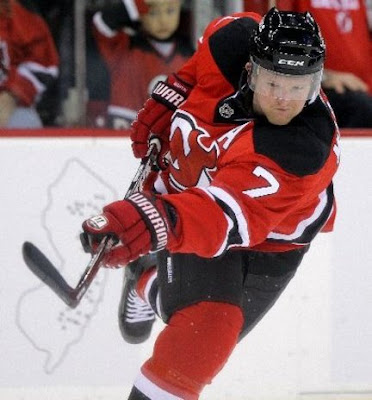 The floodgates opened this morning and the frenzy began.  The quality in this free agent class is on the blueline.  As indicated by the first signings, GMs around the league went after defensemen in a hurry.

Let's take a look at some of the teams who landed impact players, and set their fanbase afire: 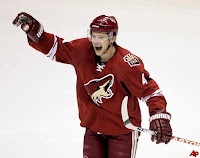 Pittsburgh Penguins:  signed defensemen Paul Martin and Zbynek Machalek. Martin missed substantial time last season, but is generally regarded as one of the best two-way defensemen in the NHL.  Machalek led the league in blocked shots last season in Phoenix and is as sound in his own end as anyone.  GM Ray Shero obviously believes that the reason the Penguins failed to defend their championship last year was due to the defense and he has addressed that area in a big way.

Vancouver Canucks:  signed defenseman Dan Hamhuis, centers Manny Malhotra and Joel Perrault.  After doing the Pennsylvania Polka, Hamhuis went home and got paid.  Hamhuis was one of the big catches to be had and the Canuck hit a home run, albeit an expensive one with their native son.  Malhotra had difficulty finding a job last off-season, but after a fine year in San Jose, his face-off skills and steady play made him a commodity this year.  Perrault has spent most of his career in the AHL, and played sparingly in Phoenix over the course of three seasons. 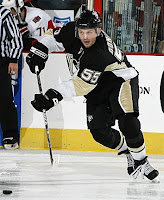 Ottawa Senators: signed defenseman Sergei Gonchar.  "Sarge" wanted to stay in Pittsburgh, but reports say that they were just not willing to budge off a two-year, lower money deal.  Gonchar believes that he can play as many as 5 more seasons.  He will play at least the next three in Canada's capital city.  Gonchar is still a top point producer, although it may be time to start scaling back on his minutes.  Ottawa got a major boost to their power play if nothing else.

Phoenix Coyotes:  signed right wing Ray Whitney and re-signed defenseman Derek Morris.  Whitney will provide Phoenix some much needed offensive help.  He is a gray beard, but as consistent as they come.  Morris finished the year in the desert last season and proved he can give quality minutes and move the puck.  I doubt that there was anyone in Phoenix that didn't want him back.