Ice Edge To Land Coyotes? First To Make a Profit In the Desert?

No matter which way you slice it, something is just amiss about the Coyotes ownership saga.

GLENDALE, Ariz. -- The Glendale City Council voted unanimously Tuesday night to approve a memorandum of understanding from Ice Edge Holdings toward purchasing the Phoenix Coyotes and keeping the NHL team at Jobing.com Arena.

The memorandum gives Ice Edge, a group of Canadian and American investors, exclusive negotiating rights for a new arena lease over the next 60 days. A new lease is a necessary step toward buying the team from the NHL. Glendale officials say the memorandum will be forwarded to league officials for a final decision...

The memorandum outlines terms of the proposed lease, with the hockey team owners getting revenue from parking and from a special taxing district to be formed in the immediate vicinity of Jobing.com Arena...


The Coyotes haven't turned a profit since moving from Winnipeg in 1996. The Glendale council recently pledged US$25 million to cover anticipated losses in the coming season if a sale doesn't go through before then.

Ice Edge, if you will remember, was the group that initially proposed a plan to play a number of regular season games in Canada.  Luckily that idea was shot down... it was not a good one.

Yet, whatever happens to the franchise from here, losses abound.  Most disturbingly, the team braces for financial losses in Arizona for the 15th consecutive season!

To keep the team there, the city of Glendale loses revenues that they previously controlled.  In the new agreement, they absorb up to an additional $25 million in team financial losses.  If they continue down the financial road to ruin, the Phoenix area supporters will lose the team, just like Winnipeg did fourteen years ago. 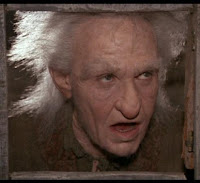 If Bettman can convince Miracle Max that if the Coyotes turn a profit, Prince Humperdinck will suffer "humiliations galore", he will whip up a chocolate coated pill that will make it happen.

However, unless that miracle happens, and Ice Edge can actually become profitable in Glendale, something that no one has yet been able to do, the NHL will lose face, yet again, in the form of another costly, failed market experiment.
Posted by The Plumber at 12:57 PM