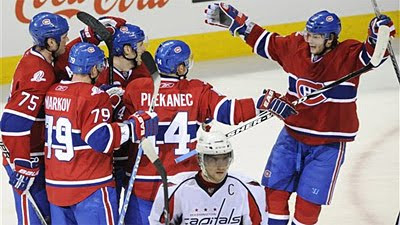 Next up: the Eastern Conference finalists. 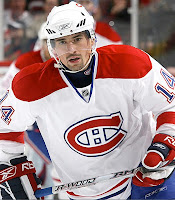 Analysis:
Price or Halak?  One will be back.  One will be traded.  After Halak's stretch run and show-stopping playoff performance, he will, no doubt, command the higher dollar.  However, from what we have seen of both him and Price over the last two seasons, Montreal would be crazy not to keep Halak.

Montreal may be reluctant to give up on a top five overall pick like Price, but can you imagine Price ever playing as well as Halak did this post season?  We can't either!

Re-signing Halak will be costly, but it will be worth every penny.  His re-signing combined with the ridiculous albatross-like contracts of Gomez, Andrei Kostitsyn and Hamrlik, may very well cost Montreal the opportunity to bring back Tomas Plekanec.

Yet, Montreal was able to make a good run with low cost/high effort guys like Moore and Darche, and they will be able to do it again. Once the Halak/Price decision is made, the Canadiens will need a backup, and then concentrate on adding five or six forwards to the roster.


The Canadiens will not have a lot of cap room at that point, and it is unlikely that they will go after any big name free agents, barring a trade that frees up significant cap room.  Otherwise, they will be forced to look to re-sign the lower cost guys they had last season... which did work out pretty well for them.

* all cap numbers provided by www.capgeek.com
Posted by The Plumber at 3:34 PM