Sheldon Souray Wants Out of Edmonton: No Problem. Right Pat? 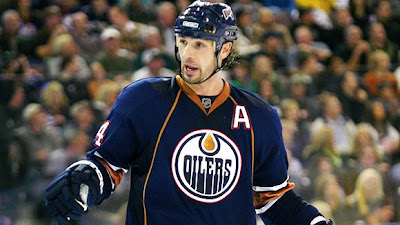 Is it us, or did Sheldon Souray just make Edmonton's task of trading him that much harder, during a press conference in which he stated that he didn't "want to make management's job any harder"?

Souray is unhappy about how the team has addressed, or not addressed, his most injury and resulting complications and cited how he has been essentially, pressured into playing hurt, since he joined the team a few seasons ago.

If you watch his recent press conference, you will hear him speak on how things have happend "behind closed doors" that we (the media and fans), can only speculate about.  He praised the fans and city, insinuating that his problem is only with the teams' leadership.  Painting himself a victim, through and through, he alluded again to how his hand injury and subsequent infection, coupled with management's disinterest in his pain, has been the most trying "two months of his life."

Sure having an infected, broken, right hand is unfortunate, and even scary for a professional athlete, but the two words that come to mind immediately while watching his presser: "drama" and "queen".

With all apologies to your boo-boo Sheldon, Theo Fleury had to deal with sexual abuse.  Mario Lemieux had cancer.  Bryan Berard lost his eye!  We are sorry if Pat Quinn didn't offer to wipe for you, but spare us all.  If you want out of your deal, and out of town, make your request known... quietly. 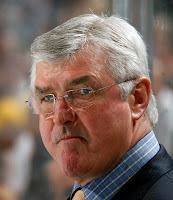 Pat Quinn did address how he feels about it, but again, sorry Sheldon, you did just make it harder for the Oilers to honor your request.

As big as the market for overpaid, under performing, offensive-minded defenseman that are a liability in the defensive zone is... add to all that, the bonus feature of feeling under pampered and willing to share those sentiments with the public!  Wow!  Teams will be lining up for that!
Posted by The Plumber at 6:04 PM