It's Not Easy Being (Mike) Green 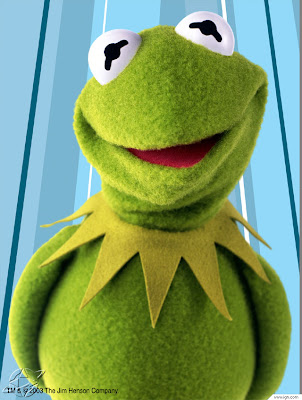 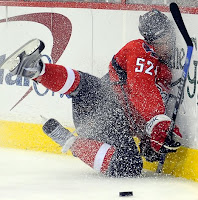 Not everyone supports the idea of Mike Green of the Washington Capitals being a finalist for the Norris Trophy.  Delaware County Daily Times beat writer Anthony J. SanFilippo may be chief among them.


It's a bad day to be a hockey writer.

We all look pretty bad today. I mean REALLY bad today. We all look like we don't know the first thing we're talking about when it comes to the sport of hockey.

How else can anyone explain Washington Defenseman Mike Green being a finalist for the Norris Trophy as the sport's best defenseman...?

Come on Anthony, tell us how you really feel.

Any person who chooses to put the word greatest with Green's defensive resume should turn in their Professional Hockey Writers' Card post haste.

At first, we suspected that this may just be a homer piece that outlined how Chris Pronger was screwed, etc... and you should know by now how we feel about that pylon Chris Pronger around here!

However, SanFilippo revealed his entire trophy ballot in the article.  Any Flyers beat writer that votes for Sidney Crosby for the Hart Trophy is no homer!

We cannot disagree with our Delaware County friend here, but the top scoring blueliners have long been the Norris finalists, and when they are not, it is a rarity.

Green's defensive play is not good to say the least, but we do not find his nomination for the Norris all that offensive, considering the history of the award.  Paul Coffey, the original slick skating, speed demon, goal scoring machine, Hall of Famer, himself, won the Norris.
Posted by The Plumber at 12:25 PM