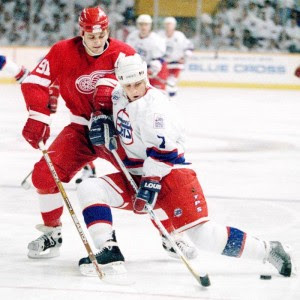 At the conclusion on this season, the game will lose an all-time great in Keith Tkachuk.

Tonight, the Boston native, Winnipeg Jet, and long-time St. Louis Blue, announced that he will retire at season's end.

"It's been a tough year with my health, so it's definitely the right decision to step away after this season," he said. "It's always hard. I played a lot of years and cherish every moment."

Tkachuk began his hockey career at Malden Catholic High School in Massachusetts. He played at Boston University, was a member of the gold medal winning U.S. World Cup team, and a four time U.S. Olympian. He was drafted 19th overall in1990 by the Winnipeg Jets, was an original Phoenix Coyote when the franchise moved in 1996, and later played nine seasons in St. Louis.

He should be a lock for the Hall based on his membership in both the 500 goal and 1,000 point clubs.  Additionally, in the '96-'97 season, his 52 goals made him the first american-born player to lead the NHL in goals.

Eddie Olczyk summed him up well by saying:


"He was the prototypical power forward. He could score. He could hit. He wasn't afraid to run you into the ditch. He was a great pro. He's one of the greatest American-born players to play the game."

We wholeheartedly agree!
Posted by The Plumber at 1:05 AM