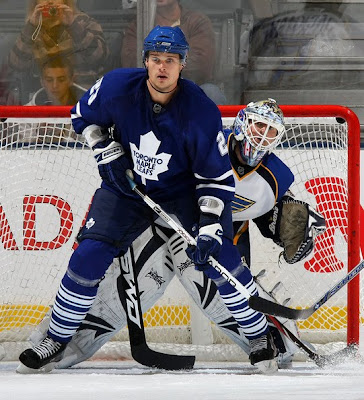 Multiple outlets including TSN are reporting that the Pittsburgh Penguins have made a deal to acquire forward Alexei Ponikarovsky, with defenseman Martin Skoula and prospect forward Luca Caputi headed to Toronto.

Pittsburgh had been rumored to pursuing both Ponikarovsky and Columbus' Raffi Torres since the Olympic break ended.

Pittsburgh GM Ray Shero had stated that his goal was to add a blueliner and a scoring line winger without giving up a roster player, top prospect or their number one selection in the next draft and he has accomplished his goal adding Jordan Leopold and "Poni" for a second rounder, a mid-tier prospect and their seventh/eighth defenseman.

It would seem that Ponikarovsky would be a natural fit on Evgeni Malkin's wing.  If so, he represents a significant upgrade in size and skill over the likes of Dupuis or Talbot. 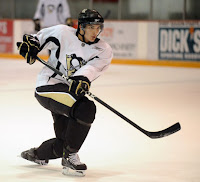 Luca Caputi has been somewhat of a surprise prospect for Pittsburgh. A fourth round pick in 2007, Caputi showed promise in Pittsburgh's training camps and their affiliate in Wilkes Barre- Scranton.  Martin Skoula was a "throw in" for salary reasons.

Shero has managed to pull a deadline deal each year he has been GM in Pittsburgh.  The last two seasons' acquisitions (Hossa/Dupuis in '08, Kunitz/Guerin in '09) have propelled the Penguins in to Stanley Cup runs.  Will this be another?
Posted by The Plumber at 10:34 PM