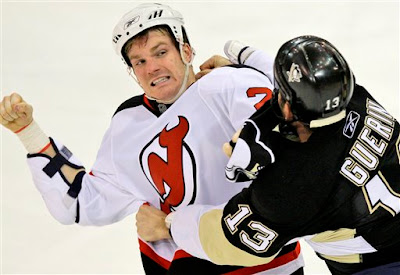 The last time the Pittsburgh Penguins were swept in a season series of five games or more was before Mario Lemieux ever put a skate on NHL ice and another Brodeur, Richard was the best netminder by that name. 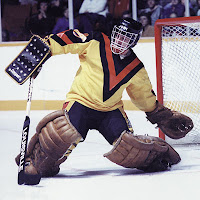 Thanks to the Devils, this generation of Penguins can commiserate with that squad from the early 1980's.

There hasn't been a repeat Stanley Cup Champion since the '97-'98 Red Wings.  Without a single regular season victory versus two of the other top contenders in the East, New Jersey and Washington, it looks as if that trend may continue.

Just why have the Penguins struggled so much against this Devils team?  There are three basic reasons.

The Devils seem to win nearly all the one on one battles in the corners, along the boards. New Jersey clogs all the critical areas on the ice, the neutral, zone, and in front of the net, yet the Penguins have done little to nothing to force their will upon the Devils defenders.

Tonight's game was a perfect example.  The Penguins carried the play in the first five minutes of the game, and even scored the first goal.  However, New Jersey stuck to their plan, pressured the puck and forced turnover after turnover, converted their odd man chances until they were up four to one on the scoreboard. 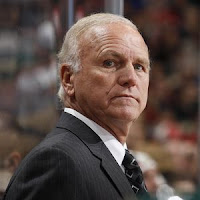 The Pittsburgh broadcast team would have their fans believe that the Devils just are a bad match up for their team... but in six tries, with almost zero progress against the same opponent, much of the blame must fall upon the game plan.  Take a look at their most commonly played opponents, the rest of the Atlantic division.  The Penguins have dominated the Flyers, Rangers and Islanders going 12-2-1, while the Devils are sub .500 against the same team at 7-8-0.  Why have the other division teams figured out New Jersey?

If Pittsburgh is to have any hope of repeating, they will have to outplay New Jersey the rest of the way to earn a number two seed.  Otherwise, they face a more likely road to the Finals that will travel to both New Jersey and their other regular season nemesis: Washington.
Posted by The Plumber at 10:26 PM