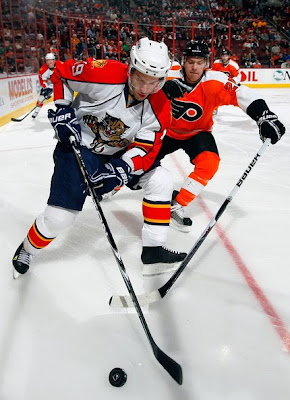 Les Canadiens began their 2009 off-season with a massive amount of cap room and near limitless hope for renewal by their fervent fanbase. 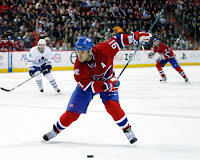 Then the spending began. Rather than rehash each move made this off-season, let us summarize by mentioning that all of their fans hopes were dashed when the team started things off by trading for one of the worst contracts in NHL history in the form of Scott Gomez.

GM Bob Gainey did what amounted to nothing less than a favor to the NY Rangers when he risked much of Montreal's future on a player that had severely underperformed since his monster '05-'06 season in New Jersey.

The Candadiens other signings were only marginally better and the games began. After floundering much of the season and discovering that Carey Price, once thought to be the team's franchise goaltender, either stinks or isn't yet ready for prime time, Gainey resigned as GM.

Pierre Gauthier succeeded Gainey and must feel the pressure to "right the ship."  However, Gauthier started by trading away the team's second-round pick in 2011 for Dominic Moore.  Now, the selection is for next season's draft and Moore is a nice third line player, but he is also a guy that no one wanted this summer.

Does any GM go into a draft hoping that their selection in the second becomes a serviceable third liner?  Why make this deal, and why would you want to start your tenure as GM with a move like this?
Posted by The Plumber at 7:54 PM