The Lockout Did Much More To Save Than Enslave: There Is Little Excuse For Failure 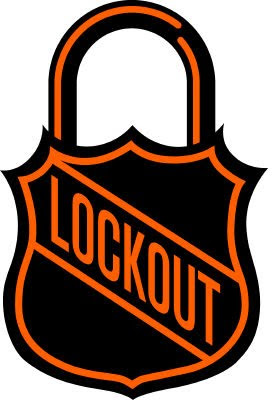 Ken Campbell of The Hockey News has been known to "stir the pot" with his penchant for taking on controversial topics.  However, in his latest incarnation of "Campbell's Cuts", where he cites Atlanta's troubles concerning Ilya Kovalchuk's potential trade which leads him to a conclusion that the NHL lockout was "a farce" and the CBA "a sham", may be one of the most ill conceived works from any hockey writer that I have ever read!


"If the Atlanta Thrashers do end up trading Ilya Kovalchuk over the course of the next month or so – and with every passing day it looks as though they will – it will set this franchise further back than ever.


It will also go a long way toward proving the collective bargaining agreement was a sham and that we missed a year of hockey for a whole lot of bupkis.

Think about it. Wasn’t the season-long lockout and subsequent CBA supposed to prevent this very thing from happening? Didn’t the league sit out the 2004-05 season so struggling non-traditional hockey markets wouldn’t be forced to trade their superstar players at the primes of their careers? Wasn’t the mere presence of a salary cap supposed to even the playing field for everyone?

Yes and yes. Has it turned out that way? No and no. The reality is there remains a huge division between the have and have-not teams in the NHL, which is a major reason why the Thrashers will almost certainly be forced to deal Kovalchuk prior to the March 3 trade deadline."


Is this a joke? Why not blame the lockout and the current CBA for cancer, WWII and all natural disasters as well?


Consider that prior to the lockout, seven teams had a payroll of $60 million or more, led by Detroit's whopping $77.8 million expenditure.  Conversely, five teams had payrolls of less than $30 million, bottomed out by Nashville's $23.2 million.

Of the high spending teams, all but the Rangers were made the playoffs.  Of the low spending teams, only Nashville made it.  The Predators actually had to play the "money is no object" Red Wings in round one and lost.  Do you think that Nashville felt like they were in a fair fight being on the short end of a near $55 million payroll deficit?

The concept of the NHL's cap was to move the financial structure of the game away from the Yankees-Pirates model of MLB and move it towards the supremely profitable and viable example of the NFL. Was this successful? Without a doubt,YES!

Ask yourself this: Did anyone believe that the Oakland Raiders had the same chance to get to the Super Bowl as the Colts? No way!  Did they have the same opportunities to become contenders? Yes they did! Can the same be said of teams in Major League Baseball? Negative.  But is is the case in the post-lockout NHL! What would have been an impossibility in 2003/04, came to fruition the last two seasons: A Pittsburgh/Detroit Final.

The Atlanta Thrashers problem is exactly what Campbell does state, but completely ignores the rest of the way through the article:


"...there isn’t a financial system or enforced curbs on spending that can overcome incompetent management and ownership... Who knew? It turns out there’s no CBA in the world that can protect a team from bad drafting and developing, poor player personnel decisions and ownership wars that seem to keep the franchise in a constant state of chaos."

With that statement, he invalidates the entire complaint!

The Thrashers problem, is their ownership, The Spirit Group. They also control Philips Arena and the Atlanta Hawks.  The group wants to own a NBA franchise, and cares little for their NHL entity... and it shows.  One needs to look no further than the recent Forbes Magazine's "The NHL's Best (And Worst) Fans" study.  Based on Atlanta's NHL worst attendance, next to worst local TV ratings and lackluster merchandise sales, they "earned" 29th place of 30 teams!

Honestly, this study is less an indictment of the teams' fans than it is of their management. This club has done little to create a bond with their market. With a new arena, a history that has included megastars like Kovalchuk, Heatley and Hossa, in a town of more than 5 million residents, there has to be a way of interesting 18,000 people in your team, and THAT has been an abject failure.

The lockout and CBA gave them a fair playing field and they have squandered their opportunities.

With all apologies Ken, the lockout and new CBA saved the game. The NHL can't force all teams to be successful at their endeavours, just simply provide them with an environment to be successful.
Posted by The Plumber at 1:06 PM