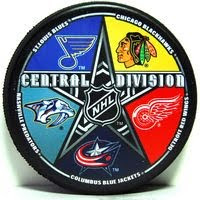 Still...with only a handful of potentially impactful free agents remaining, it seems safe to analyze the franchises that have helped or hurt themselves this off-season. Most teams fall into an incomplete category due to many unknown variables involved. Therefore, we will grade each team by whether they have left us with reason to be enthusiastic about (+) or to question (-) their moves.

We continue with the Central Division. 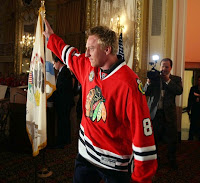 Blackhawks:
(+) Chicago pulled a double-whammy. By signing Marian Hossa and Tomas Kopecky, they not only add scoring punch and solid defensive play, but also subtract them from division rival Detroit’s roster. They also signed John Madden, who is an ace face-off man and clutch performer. Additionally, the Hawks re-signed nearly all of their own important restricted free agents.

(-) Although the team did take care of their available free agents, they did so because of a front office snafu. The result was a frenzied, emergency signing period and will have major cap issues to worry about for next season. They lost forwards Martin Havlat and Sami Pahlsson, but their loss was more than offset by the acquisitions of Hossa and Kopecky. Chicago also had to waive goodbye to goaltender Nikolai Khabibulin, who carried them to the Conference Final last season. All eyes will be on Christobal Huet in net to perform better in the post season. This team has Cup aspirations, but will go no further than their netminder can take them.

Blue Jackets:
(+) Columbus re-signed superstar forward Rick Nash… there simply could not be any better news than that for the Jackets. The team also added forward Sami Pahlsson, who should anchor the third line. The Jackets lost no less than seven players that contributed at the NHL level last season. However, none of them fit in their long-term plans and their departure paves the way for important, young players such as Jakub Voracek and Nikita Filatov to step in and take on a larger role.
(-) The idea of addition by subtraction can work for serious contenders, but the Blue Jackets, who qualified for the playoffs for the first time in franchise history last year, either believe they have a slew of young players ready to break out, or are just not ready to compete with the top teams. 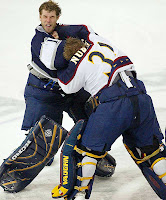 Blues:
(+) St. Louis was constantly mentioned to be in the running for many of the big name free agents, yet their off-season ended up looking like a carbon copy of the Blue Jackets… must be something with the “Blue” teams? They did add coveted backup goaltender, Ty Conklin, but otherwise will be skating out last years’ product.
(-) Again like Columbus, the Blues either believe they are just one year better, or are already preparing for bigger things in the ’10-’11 season!

Predators:
(+) Without trying to sound like a broken record… Nashville re-signed Masterton Trophy winner Steve Sullivan and little else this off-season.

(-) The Predators, like the Blues, were in the rumor columns but added no one to help their Norris Trophy winner-in-waiting, Shea Weber and ageless leader, Jason Arnott. There are a few spots open for young players with the departures of Radek Bonk, Ville Koistinen, Greg Zanon among others, but those youngsters are not of the caliber of those found with their divisional rivals.

(+) The Wings welcomed back a pair of former players in Jason Williams and Todd Bertuzzi. Both players were effective in their prior tenure, so why not give them another go-round? Aside from these two minor moves, Detroit was able to do little else to bolster themselves. Yet, they are the Detroit Red Wings and we may very well see them again representing the West in the Finals for the third year in a row.

(-) Detroit had little to celebrate this off-season. After losing a heartbreaker Game 7 in the Final, the Wings had to sit by a watch Marian Hossa, Tomas Kopecky depart for rival Chicago, Mikael Samuelsson move on to Vancouver, Jiri Hudler head to the KHL, Ty Conklin move to St. Louis, and Chris Chelios try to rival Gordie Howe’s longevity elsewhere. The Red Wings will not only be challenged by their past successes, but by improving rival teams this time around.
Posted by The Plumber at 8:55 PM