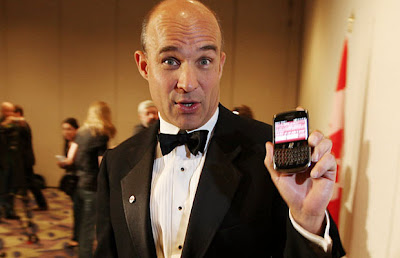 Late Tuesday evening the phone rang, and even though the number was not familiar, the call was answered. Calling from his Blackberry was PSE attorney, Jeffrey Kessler!

After asking for “The Plumber”, in a very official and dignified tone, Mr. Kessler stated: “Mr. Balsillie asked me to call to thank you for your…” his voice changed to hint at a little more than a tiny bit of sarcasm, “ your… introduction to patience’. You will be glad to know that PSE will be revising their offer on Wednesday.”

With a slow, deep intake, as if there was intention to speak an entire novel in one breath, he continued quickly, “In addition to the split $50 million payment to the city of Glendale, it will include a provision to keep the team there for the 2009-2010 season. Also, PSE will extend the closing date of the sale to December 31st. Should a local buyer emerge, Mr. Balsillie will forfeit his agreement to buy the team.”

There was a stunned silence… the room spun, seemingly faster and faster as each nanosecond passed and before another word could be spoken, the alarm clock began to pulse ever more loudly. As a demonstrative swipe was made at the evil noisemaker, a sparkling glimmer emerged from the lower edge of the covers. The sheet and blankets were pealed away to reveal a pair of spectacular ruby slippers!

Now whether Dorothy or Toto, or whomever actually did in fact, introduce Mr. Balsillie to Patience, or to it’s twitchy cousin, Desperation, cannot be confirmed. What is now clearly evident is that Jim Balsillie has taken away all the outs.

His bid satisfies the creditors, the city of Glendale, keeps the team there for the upcoming season, and allows a significant window for an alternative, local buyer to adhere to the NHL’s relocation policy.

With all that is provided in PSE’s newest offer, should the NHL oppose the bankruptcy court awarding Balsillie the bid now, they will be hard pressed to justify their position. The Board of Governors should be moving to decide on how to weigh Toronto’s and Buffalo’s share of a potential relocation fee.
Posted by The Plumber at 1:56 PM