The Man in Black... and Red 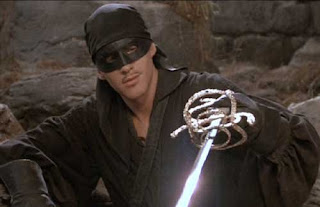 The Chicago Blackhawks, you fell victim to one of the classic blunders! The most famous is never get involved in a land war in Asia, but only slightly less well-known is this: never improperly file your paperwork regarding qualifying offers or your RFAs can be ruled UFAs!

"The Chicago Blackhawks are reportedly on the verge of putting their restricted free-agent woes behind them.

According to a report in the Arlington Heights Daily Herald, the Hawks are finalizing a three-year contract worth more than $9 million with forward Kris Versteeg. The contract is similar to the one signed by defenceman Cam Barker on Monday...

The 23-year old Lethbridge, Alberta native scored 22 goals and 31 assists in 78 games for the Hawks last season while adding four goals and eight assists during Chicago's run to the Western Conference finals.

The $3 million cap hit would put the Blackhawks payroll at $55.578 million for the upcoming season, the NHL's salary cap is set at $56.8 million for the 2009-10 season and the Blackhawks still need to sign a goaltender to backup Cristobal Huet. A trade to free up some money is likely to happen with Versteeg, Barker and Patrick Sharp being named as potential bait."

Is it crazy to think that the long money should go to the guys short on mileage?
Posted by The Plumber at 8:19 AM