Leafs Get Their "Monster" In Net. 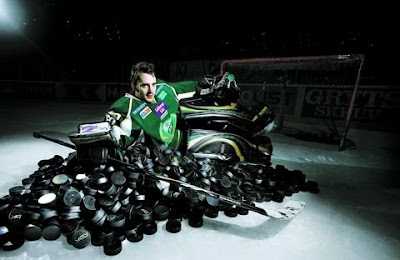 According to sportsnet.ca, the Monster, Jonas Gustavsson has chosen the Toronto Maple Leafs over other suitors Dallas and San Jose.

"A Swedish source told Sportsnet the long awaited decision by Jonas Gustavsson is over as he's decided to start his NHL career with the Toronto Maple Leafs. An announcement is expected as early as today as 'The Monster' signed off on a 1-year, $900,000 to start the 09-10 season backing up Vesa Toskola. "

Gustavsson was widely regarded as the best goaltender not playing in the NHL. The Monster steps into a good situation now as the Leafs have added a pair of net-clearing, shot-blocking blueliners to play in front of him.