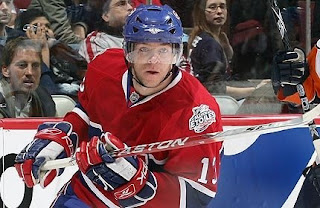 Entering the fourth day of free agency, many impact players still remain on the market. Let us examine some of those players and discuss where they may end up.

On a related note, Mirtle put together a fantastic chart on all 30 teams and their remaining cap space. It is particularly interesting because he considers each teams' projected budget, not just the cap max.

If you have not been paying attention, here are the latest moves:

The Colorado Avalanche have traded forward Ryan Smyth to the Los Angeles Kings for defensemen Kyle Quincey, Tom Preissing and a fifth-round pick.

Ryane Clowe re-signed with the San Jose Sharks. ESPN reports that it's a four-year deal for just over $3.5 million a season.

The Vancouver Canucks signed winger Mikael Samuelsson with a three-year, $7.5 million deal. Samuelsson in an interview later stated that the "money was key." - refreshing, huh?