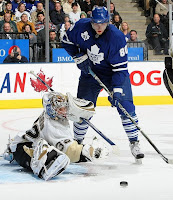 The Atlanta Thrashers signed forward Nik Antropov to a four-year, $16 million deal. Antropov, 29, set career-highs on last year with 28 goals and 59 points in 81 games for the Leafs and Rangers.

The Los Angeles Kings finally were successful in signing defenseman Rob Scuderi to a four-year, $13.6 million contract. Scuds made the hockey world take notice last season with the Penguins with an outstanding playoff performance, including making a "save" to preserve a 2-1 lead in game 6 of the Finals.

The Florida Panthers signed defenseman Jordan Leopold, who was acquired in the deal that sent the rights to Jay Bouwmeester to Calgary, to a one-year deal worth $1.75 million. 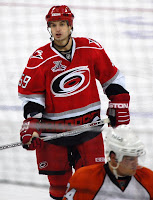 The Carolina Hurricanes signed Chad LaRose to a two-year deal that will pay him $1.5 million in the upcoming season and US$1.9 million in 2010-11. LaRose, 27, had a career year playing in81 games, and scoring 19 goals and 31 points. He was instrumental in helping the Hurricanes reach the Conference finals last season.

The Boston Bruins have re-signed forward Mark Recchi to a one-year, $1 million contract.