We have a trade! 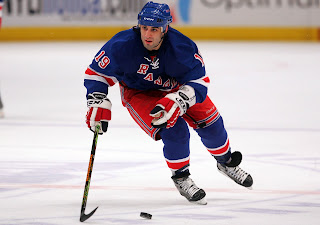 The Montreal Canadiens and New York Rangers completed a six-player trade on the eve of the free agent rush.

The deal essentially swaps Gomez for Higgins and a pair of prospects each way.

Early analysis: The Canadiens have the most cap space in the NHL and showed it with a move like this. Scott Gomez has a cap hit of $7.357 million over the next 5 years, while Higgins will be a RFA on Wednesday. Higgins made $1.9 million last season. Of course, the Rangers are not obligated to sign Higgins and basically just dumped $6.7 million dollars in salary... possibly clearing the way to acquire Dany Heatley?
Posted by The Plumber at 6:34 PM